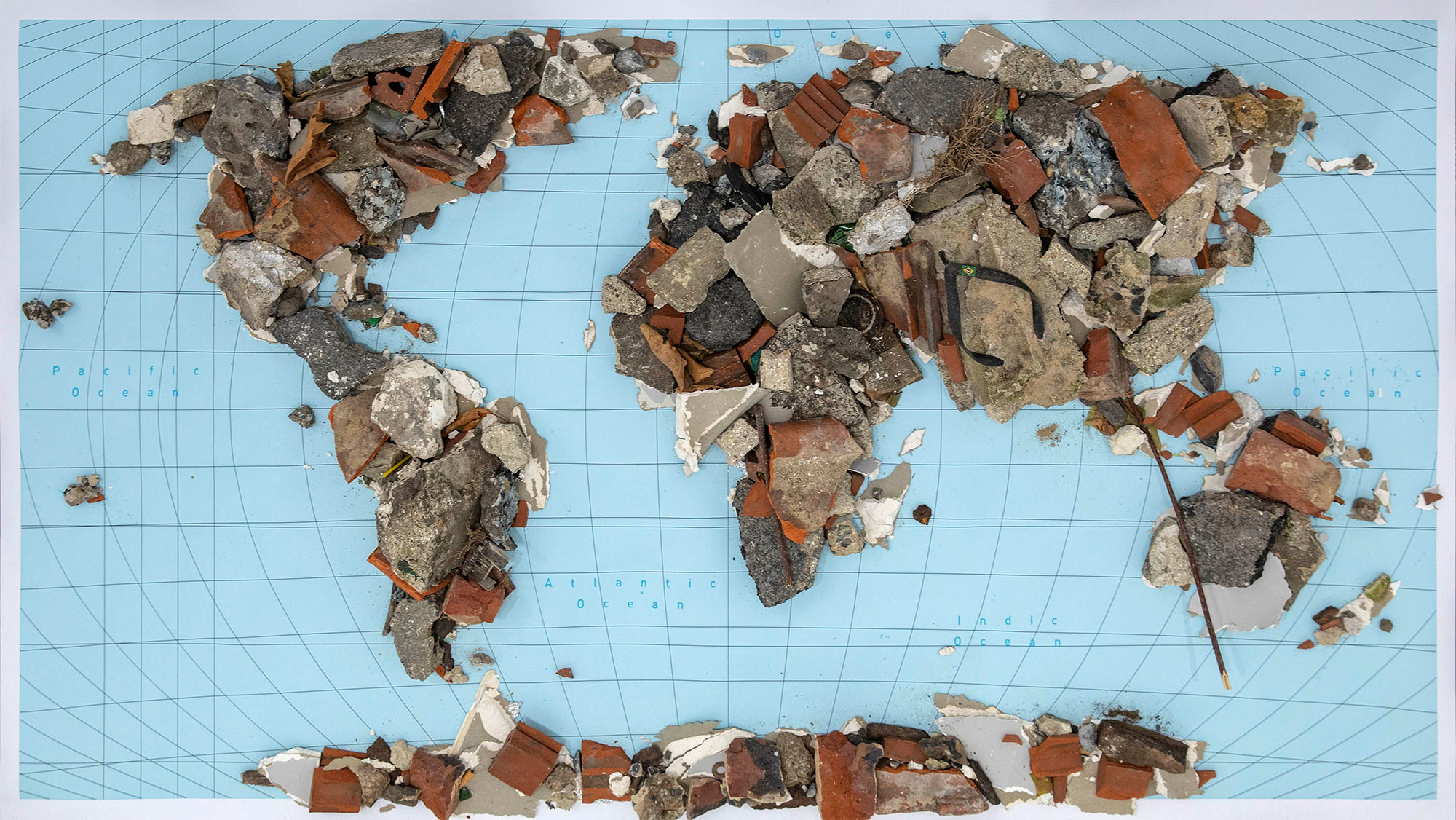 The exhibition La Machine du Monde is rooted
in the inevitably conflictual relations between the construction of local Brazilian memory
and general historical and contemporary representations of the collective colonial unconscious. At that decisive intersection, where the environmental issue takes the form of a conflict between dominant models of intensive exploitation and the survival of local populations and their fight for land possession. How is territory experienced, and how can the idea of a nation be redesigned, opening it to different alterities, to different types of local knowledge production?
The sculptures and interventions
in the exhibition seek to establish a relational field between the notion
of territory (in its macro-political sense) and the body—understood
as a micro-political extension of that territory – marked by memories and experiences of domination, creation and resistance. The simplicity of the setup and the use of salvaged materials found in the countryside highlight the precariousness of that relation, and the transformative power of the creative gesture.

“The Line That Divides Us” is a piece made with shards of glass found in the square next to the CRP during the residency period. As these shards often result from actions of depraving the space of the CRP, the collective understands them as a reflection of worlds that, because they are not shared culturally and socially, generate conflicts. Bijari’s procedure for carrying out the work uses the map of South America to find there the imaginary line separating Brazil from French Guiana, French colony in South America. The border line will then be reproduced from the shards of glass collected. , proposing to address zones of contact – and conflict – existing between both Brazilian and French cultures and also, simultaneously, between the museum and the street.

In the piece “Flag”, a Brazilian flag is installed inside one of the largest urban tunnels in the country and left there for months.
The slow and continuous process of darkening by the intense soot emitted by the cars that pass by daily is registered in several phases. 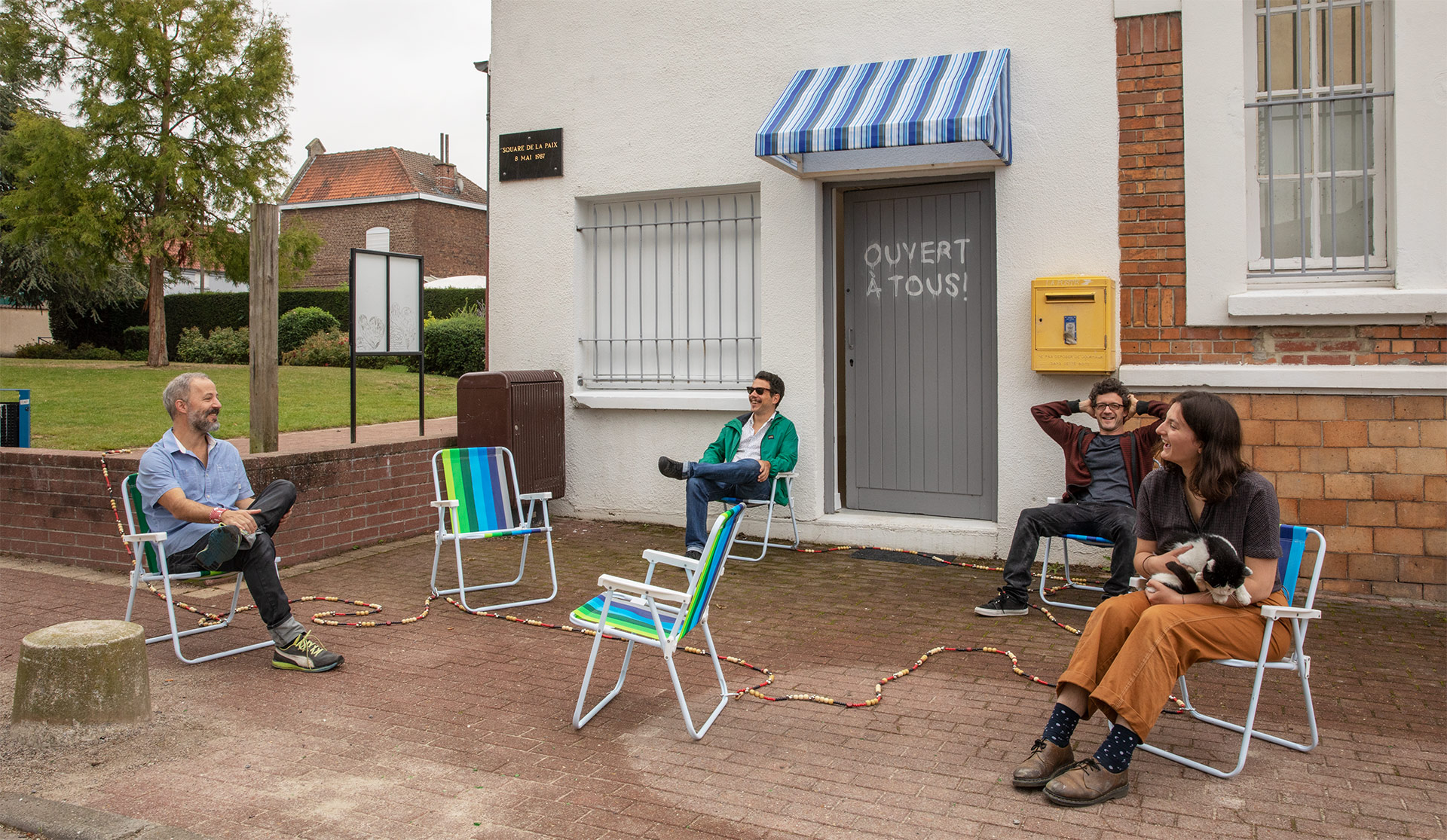 Audiovisual installation follows the daily life of a Wajâpi indigenous tribe in symbiosis with the environment and other riverside communities in Amapá.
Faced with the process of invasion of their lands, the community mobilizes with other local groups in protests that culminate in the participation of Camp Terra Livre in Brasilia.